The Preview To Dine With Royalty in October 2017: An Exclusively Majestic Episode

This October, New Delhi, the Capital City is about to witness an extravagant three-day gala episode “Dine With Royalty” organized through the hands of Eat With India, the innovative initiative involved behind popularizing the Indian cuisine criss-crossing the contours of the globe. 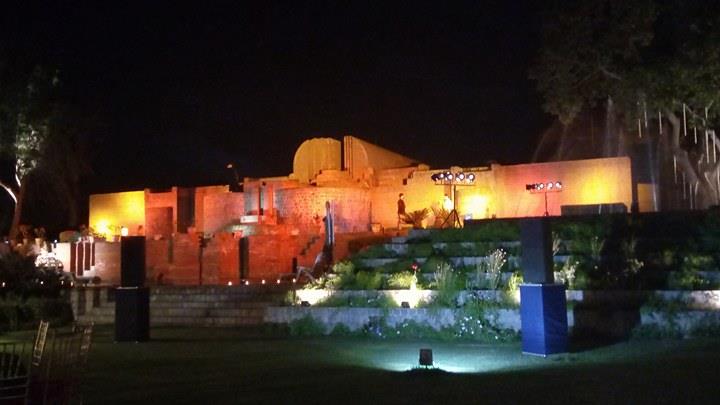 In reference to this amazing gala event that New Delhi, the home of some classic curated delicacies is going to witness, a precursor episode was organized at the Embassy of Begium, New Delhi on the 25’th of February, 2017.

Hosts and Members of This Enriched Evening

The event witnessed the gracious presence of representatives as well as members of as many as 50 royal families along with 20 other embassy representatives. However the guest list was not limited to them.

This royal precursor was also graced by the presence of eminent personalities from the food world, like the food connoisseur, Mr. Sourish Bhattacharya, The food historian and researcher , Mr. Pushpesh Pant, Ms. Neha Prasada and Ms. Sonal Saxena, the authoress of the masterpiece, “Dine With The Maharajas: A Thousand Years of Culinary Tradition and the co-founder of Eat With India respectively.

Apart from this show of extreme glamour, there were several other experts from the food industry, food bloggers who captured the evening’s proceedings with their hands of photography and connoisseur knowledge of food journalism. A Panel Discussion on “Royal Cuisines of India: historical perspective and Insight” was held chaired by the colossal names of the food industry discussing the culture and versatility of several cuisines with special emphasis on the Rampuri and Kangra cuisines. 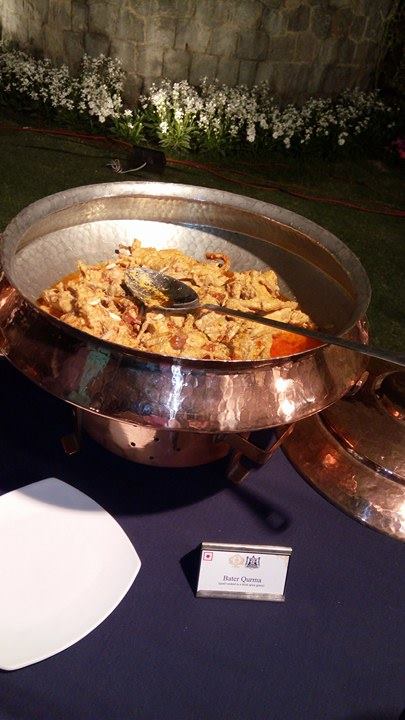 Nawab Kazmi Ali Khan , Nawab of Rampur and Tikaraj Aishwariya Chandra Katoch, 489th descendant of the royal Katoch clan also shred their inputs about the exclusivity of the cuisines. 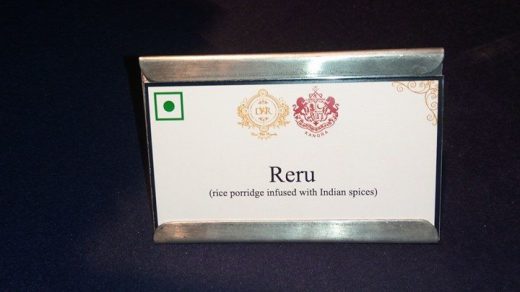 Added to all the charming expert inputs, the Nizami Brothers added to the chutzpah of the evening with their musical extravaganza.

A Show of majestic Cuisines

What turned out to be the evening show stealer was definitely the food showcased and served in the evening. With a host of options both from the vegetarian as well as non-vegetarian kitchens of Kangra and Rampur, this was an evening that etched a mark in the souls of all foodies. Awadhi Biryani, Yakhni Pulao, Murg Musallam, platter of Tikkas and Tandooris, everything had an unmatched appeal and authentic taste. 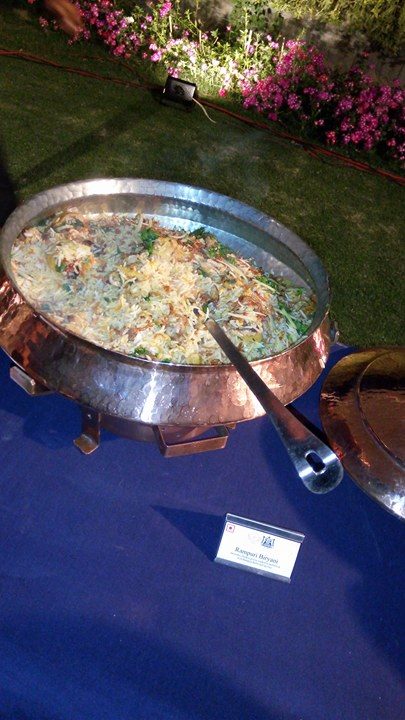 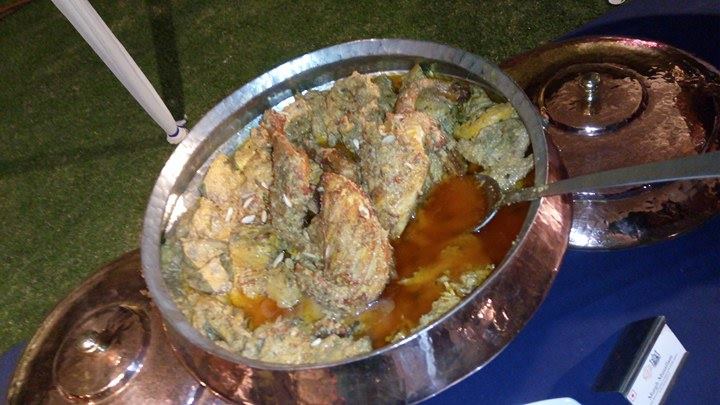 Being a dessert lover, our plate was filled some inexplicable, innovative desserts like Ande Ka Halwa ( A sweetened preparation of Egg), Anarkali Zarda, Mirch Ka Halwa, Shahi Tukda, sweetened rice and many others that won’t make you feel tired ever.

When the precursor turned out to be so imperial and flawless, one can definitely expect the upcoming royal festival in October 2017 unfolding some more heightened shades  of food and entertainment.

What One Can Expect From Dine With Royalty

October 2017 is indeed going to be the most anticipated month for New Delhi, in terms of food and royal dining.