Vibrant Mrs.Delhi/NCR: A Salute to Womanhood in The Truest Sense

The platform of fashion has been redefining standards in recent times. There was once a time when fashionistas had to sacrifice their dreams just because of their marital as well as as motherhood status. However beauty lies in the eyes of the beholder and this notion has been exemplified by most of the beauty pageants of the world. One such event was surely Mrs. Delhi/NCR, an initiative organised by the Directors of the Vibrant Concepts, Ginny Kapoor and Gagandeep Kapoor.

Just like their name Vibrant Concepts, they truly lived up to their names’ worth. With vibrant ideas like these, Vibrant Mrs. Delhi/NCR  2016 became a platform through which many married women could walk out of their domestic barriers and relive their independent identities. The evening sparked off with glitz and glamour with the presence of identities like Sarhaan Singh (TV actor), Sylvie Rodgers (Hair stylist), Shankar Sahney (singer), Dr. Varun Katyal (Nutritionist) and Katrina (Miss Ukraine) who were present as members of the honorable jury. The entire evening shimmered with style and fashion in The Ocean Pearl Retreat of Chattarpur.

This glamorous evening kick started with the ethnic round where the married divas exhibited their beauties and confident personalities in ethnic attires, redefining the traditional streaks of the country. It was followed by crisp self-introductions about each of the contestants. 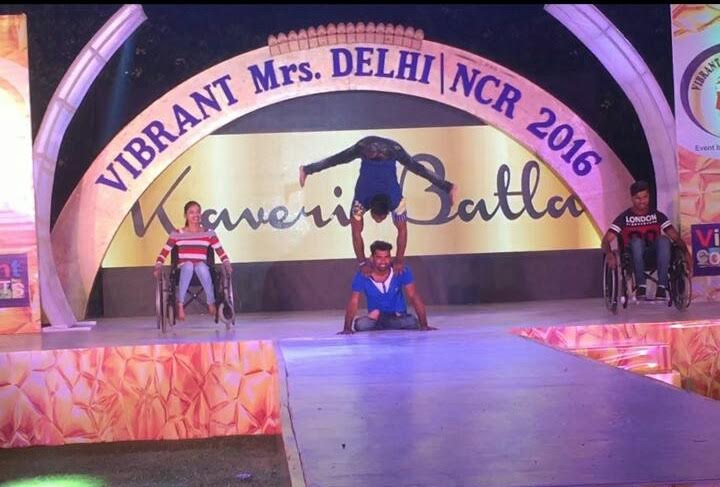 The 2nd edition however stole the show wherein special children made the audience spellbound with their awe-inspiring performances. In fact the entire audience roared with thunderous applause seeing the little minds and hands giving birth to such breathtaking performances. 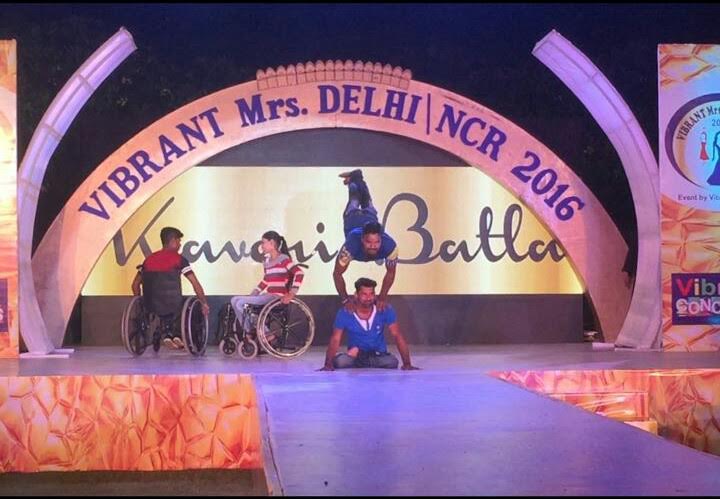 This entire platform proved out to be an outlet of passion and proving your worth in the truest sense. With music, dance and the divas walking the ramp in elegant sarees, the entire show turned out to be a token of sheer success. Twelve vibrant ladies were chosen for the Western Round and finally it was Preeti Joshi and Arti Sachdeva who could bag the honorable titles of Vibrant Mrs. Delhi/NCR 2016. The entire evening indeed stood out to be an exceptionally memorable one with the presence of several renowned socialites like Meenakshi Dutt, Umesh Dutt, Jaspreet Singh, Rajiv Gupta, Roshni Thakur, Mann Dua etc.

Words From the Masterminds

In this regard a word from the director of Vibrant Mrs.Delhi/NCR was important since such an initiative can only be successful when the minds behind it are truly genius.

As Ginny Kapoor said “” Life doesn’t end for a woman when she gets married. In fact, there is a whole world waiting to be discovered. I am happy to be a part of this initiative which celebrates a woman’s success and achievements with the whole world. We believe that they should be recognized for their ability to integrate intellect, homemaking skills and beauty. Our focus is also on cultural identity and pride in womanhood as exemplified by well known personalities in the field of corporate and public life.”

With these words as inspiration, we wish that in the following years we have more such events like Vibrant Mrs.Delhi/NCR. Power to Vibrant Concepts, More Power to Womanhood.