Team Core, a profound fitness station located at Pusa Road just next to Karol Bagh metro Station welcomed the presence of the cast of A Flying Jatt that is soon going to hit the theatres on the 25th of August.

Tiger Shroff is indeed the epitome of health and fitness and nothing better than a fitness hub like Team Core could meet up to the promotions of this fitness freak. Well the newly opened joint of Team Core at Pusa Road that has been associated with the upcoming film A Flying Jatt from the home of Balaji Productions, witnessed the presence of the cast of the flick on last Thursday, 18th August. 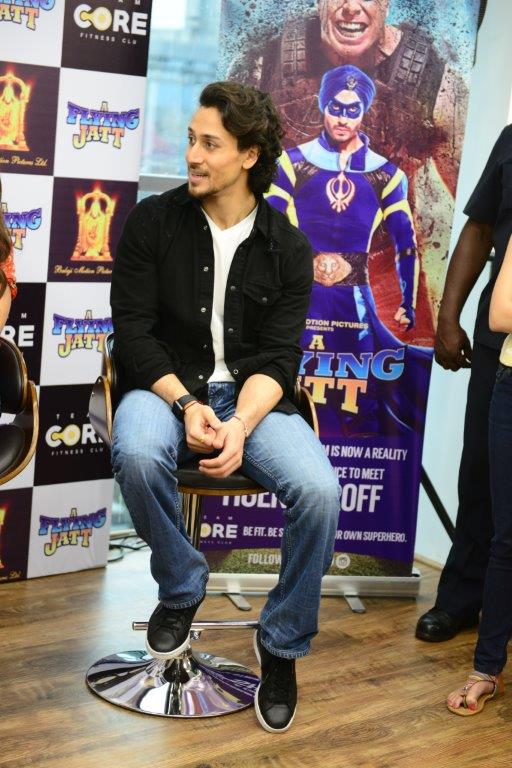 The trailers of A Flying Jatt has been winning the hearts of millions of children as well as afults owing to its Superhero contents. Team Core, being collaborated with this highly anticipated Bollywood flick forwarded an endeavor to connect the fan members of the gymnasium and the cast of the film.

Tiger Shroff, Jacqueline Fernandes and Nathan Jones were present to grace the evening. In their interactive sessions with the media and the present members, Tiger Shroff and his co-actors shared inputs about the flick.

Moreover on being asked about the young Shroff’s fitness mantra, Tiger Shroff said that, ”my mantra is to stay happy, discipline in what I eat, because what we have at is more important than just working out. So to get a good nutrition value is very important to concentrate on our diet.”

Even Nathan expressed his delights over coming to India and shooting a film with Remo D’Souza.

Beginning from the content of the film to the shooting sessions, the trio responded to each and every question the host shot at them. Tiger clarified how the film sets itself completely apart from the other Indian SuperHero film Krish. Moreover he also shared some bits and strands of his former experiences in the shooting of the film.

The entire cast was patient enough to answer each and every question of the media and the present audience patiently. When Social Connoisseurs team inquired about the most comic situation during the shoot of the film, Tiger replied that he really had a tough time going to the washroom with that costume on. Such a humble and down to Earth answer made everyone burst into sells of laughter. 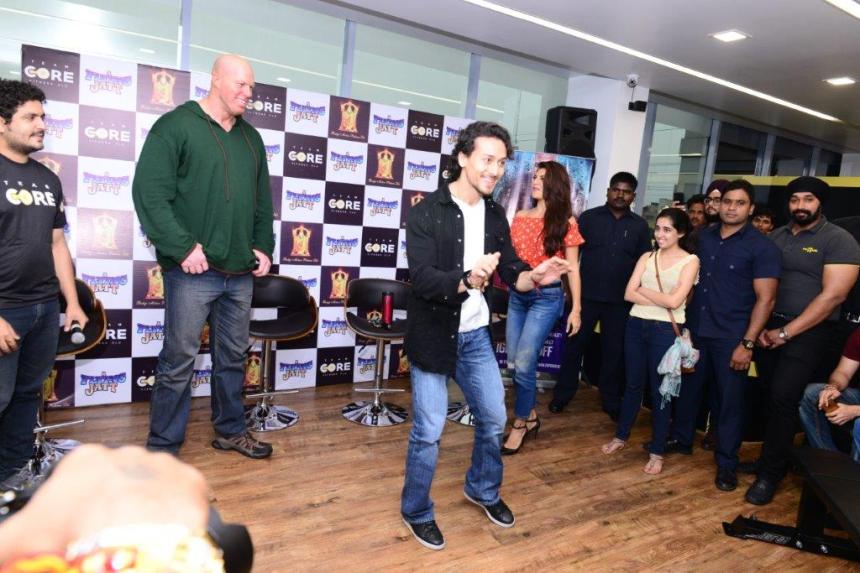 Tiger Jacqueline and Nathan also displayed some grooves to the music of A Flying Jatt and the entire crowd appreciated them with a thunderous applause. Keeping in mind the target audience of the film as the children, the cast also shared a few clicks with the present kids.

Team Core provided an excellent platform too both the cast and its members for a perfect session to learn more about A Flying Jatt. In fact with its members and media, this greeting session turned out to be an extremely enjoyable one.

Team Core stands out to be one of the prominent fitness clubs in Delhi with as many as 50 work stations. Being operational from 5.30 a.m. to 10 p.m. and 7 days a week , it is a perfect club catering to all your fitness goals with ample time flexibilities. In fact it is the best suitor to keep yourself fit and healthy and feel like a superhero like A Flying Jatt.

So get ready to register yourself and keep those compliments coming for your redefined fitness with Team Core.